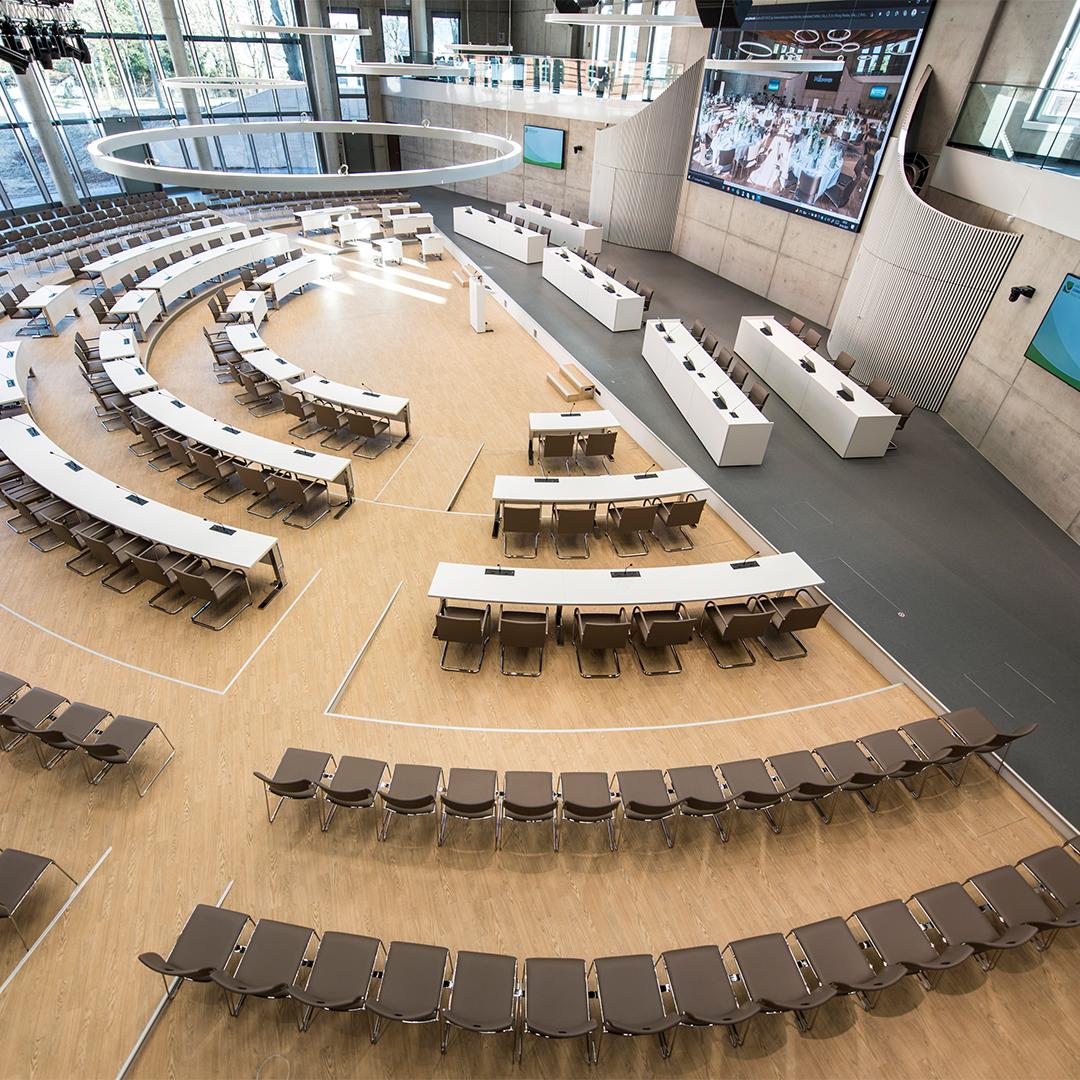 In the 2011 district reform, the two districts of Ludwigslust and Parchim were merged; the seat of the new district parliament became Parchim. 10 years later, after a transitional solution, the state parliament could be moved into the “Solitaire II” – a modern multifunctional building with future-proof equipment. As preview monitors for the presidium, the CONVIS 125 / 30° from ELEMENT ONE, which are as elegant as they are functional, blend harmoniously into the holistic concept.

In the meeting room of the district council, an LED video wall in the size of about 7 x 4 meters is placed directly above the stage, flanked by two 98” monitors. On these monitors, the plenum is presented with high-resolution content. Meanwhile, the presidium uses the CONVIS 125 / 30° conference monitors from ELEMENT ONE for its viewing. In 8 mm ultra-thin blade design, made of anodized aluminum and polished glass, they present themselves in a high-quality and representative manner and blend harmoniously into the modern AV media landscape and overall appearance.

“The entire room is kept clear and stylish; a demand we also make on our monitors.“

For all its elegance, the CONVIS 125 / 30° is also compact and handy, quickly set up and dismantled if necessary, and easy to transport and stow away. Technologically, the high-resolution professional monitor leaves nothing to be desired and is also equipped for future requirements.