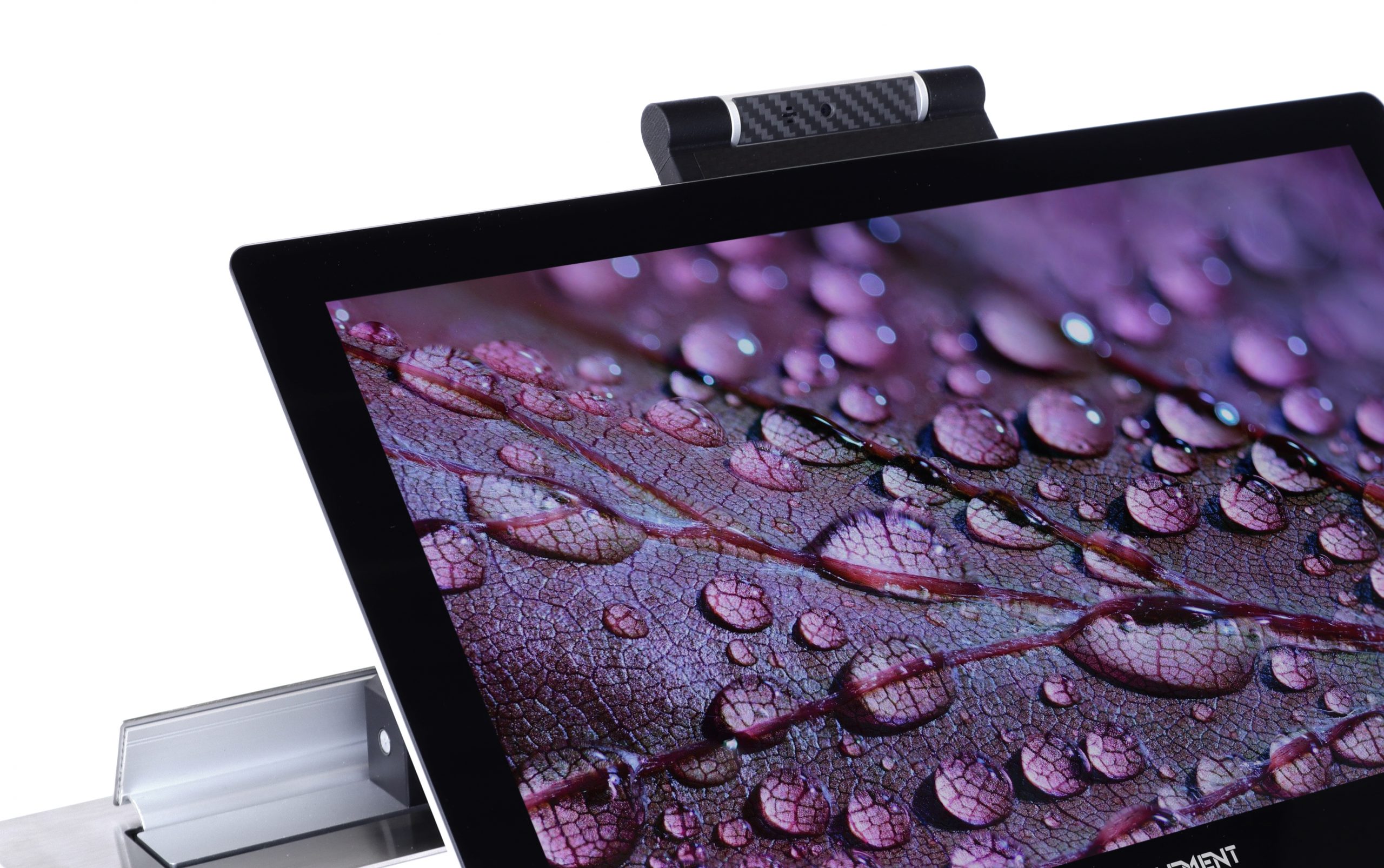 Video conferencing is a contemporary, efficient way to exchange information, not only in times of crisis. With the :RotoCam, ELEMENT ONE has now designed an extraordinary camera especially for the FOLD! Its rotatable optics can be perfectly adjusted to the user and the image section; normally, it only needs to be adjusted once.

“In a successful meeting, all the senses play well together”.

A meeting is always about hearing and being heard, but also about seeing and being seen. For videoconferences in large meeting rooms or at presidium seats, the :RotoCam has now been developed as an option for the FOLD! The 8 MP moving camera is attached to the top of the monitor and is connected via USB.

The correct alignment of the camera on a notebook or tablet can degenerate into a recurring game of patience – the :RotoCam usually only needs to be preset once according to the programmed maximum set-up angle of the FOLD! As a rule, the camera is then automatically switched to the speaker. This not only ensures an optimal image detail, but also saves the discussion participant time and nerves. For more privacy in certain situations, the camera can be turned away.

ELEMENT ONE’s FOLD!, which has won an award for its design, is a unique touchmonitor that can be retracted into the table. Like a robot arm, the wafer-thin display extends forward; when extended, it floats above the table surface as an elegant tablet. If you want to have the :RotoCam camera option, you have to order it directly with the FOLD! – retrofitting is not possible.